Home A bit of history A bit more Hargreaves history

Hargreaves was formed in 2006 by Chris Webb and James Healey. Claire was soon recruited, and Dave Turner completed the line-up. This page carries information on all former members and contributors.

The band started off playing in Open Mics around Harrogate. This soon became support gigs, followed by headliners all over Yorkshire and the North East, and then by recording.

After several changes of line-up, illnesses and a divorce, Hargreaves was reformed with a new line-up in 2015.

This page records the musicians who helped get us to today. 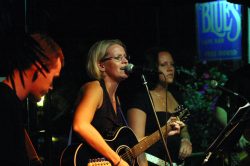 Claire was the original vocalist and principal songwriter. She also played guitar and keyboard, worked on production, photography and promotion.

Claire trained as a jazz musician and teaches music at secondary school level, as well as singing with and leading several choirs, playing in and conducting school orchestras and bands. Claire was also a member of ‘Spot On’, a close-harmony vocal group that included her sister Laura who also occasionally sang backing vocals with Hargreaves.

Before Hargreaves, Claire sang with ‘Soul Gathering’ and as a solo artist. 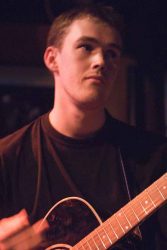 James founded Hargreaves with Chris Webb in 2007. Having played in heavy metal bands at school and at university, James found new inspiration with Hargreaves’ mix of blues, country and soul influences. Sharing guitar duties with Chris, their contrasting techniques and styles created the core of Hargreaves’ sound. James was also responsible for ‘Lonely’ one of Hargreaves’ more challenging and emotional songs. His deceptively simple riff combines with Claire’s highly charged vocal for a real highlight of the ‘Sooner But Not Later’ album.